Build ships, set sail, and conquer the magnificent island world of Catan. Nine voyages of discovery are awaiting the settlers.

The expansion can also be combined with CATAN - Traders & Barbarians and CATAN - Cities & Knights. The scenario box CATAN - Legend of the Sea Robbers is offering 4 new, comprehensive scenarios for this expansion.

A campaign with many varied scenarios awaits you. First, you head for new shores. You leave Catan, land on neighboring islands, and receive special victory points whenever you are the first to settle an island. Then your ships explore entirely uncharted regions and discover either sea or land. Soon, you will meet the mysterious forgotten tribe and court its favor. Meanwhile, the pirates are getting more intrusive. You defend yourself and conquer the pirate nests. For the glory of Catan, you then vie with your opponents to build the most imposing wonders of the world.

There is, however, one important exception: you may change the position of the front ships of a shipping route! That way, you can react more flexibly to your opponents' actions and perhaps be the first to reach an unsettled, productive island.

Other new features are the gold fields, which help the owners of adjacent settlements or cities obtain any type of resource, and the pirate, who causes unrest on the peaceful seas.

You can use the possibilities of the Seafarers expansion together with Cities & Knights. In our experience, scenarios such as Heading for New Shores and Through the Desert are suitable. The exploratory scenarios and all other scenarios featuring many smaller islands are unsuitable. When playing with the "Seafarers" expansion, you must ensure that certain actions applying to roads are also possible for ships.

Rules for Cities and Knights with the Seafarer Expansion

Many of the Traders & Barbarians scenarios combine well with the Seafarers expansion. You can find more information in the PDFs below.

In the Seafarers expansion, you build ships adjacent to each other, thus forming shipping routes along the sea hexes and connecting the islands. If your shipping route has reached a new island, you may build a settlement there. With two exceptions, in Seafarers the rules for ship building are the same as for road building. The first exception is that roads may not be built on sea routes and ships may not be built on paths. The second exception is that open ships may be moved.

While in Seafarers the ships are strung together in a static fashion, in the Explorers & Pirates expansion the ships can cross the seas like real-world ships. If your ship carrying a settler reaches a new island, you may build a settlement there.

In these two expansions, the ways of using ships and settling new islands are so fundamentally different from each other that it is impossible to combine the expansions. Besides, combining them doesn't make much sense anyway. If you use a settler ship, you reach a new building site for a settlement faster and more cost-effectively than when stringing together various ships.

You can settle Catan and sail the sea with up to 6 players.

You can combine Seafarers with these expansions and scenarios.

Legend of the Sea Robbers

A legendary campaign of 4 linked scenarios for the CATAN - Seafarers expansion.
Image

We have collected important questions and answers about the Seafarers expansion. Just follow the link. 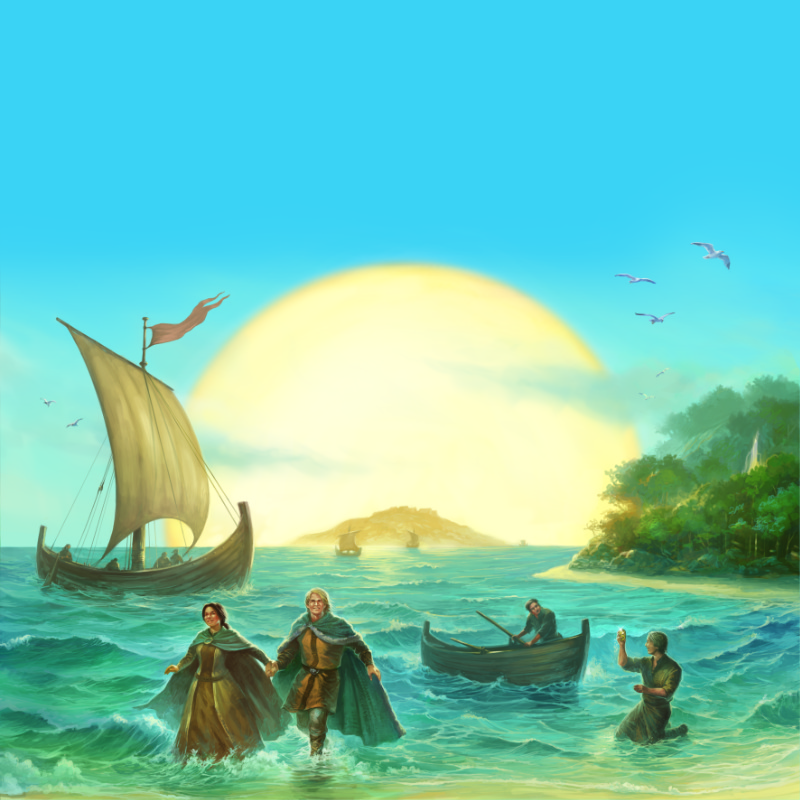