CATAN - Rise of the Inkas

Manage the rise and decline of civilizations in a region of coastal and mountain Peru across three historic eras in this stand-alone CATAN Histories game.

This is a stand-alone game and requires no base game to play!

Long before the Inkan (aka "Incan") Empire rose to dominance in Peru, many advanced indigenous cultures developed and declined in the Andean regions of South America. The Wari constructed centers of urban commerce, complete with sophisticated trade routes between cities. The Tiwanaku developed advanced agrarian practices and were accomplished shepherds of alpacas and llamas. The Lambayeque were master craftsman well known for their intricate work with gold and silver. These and many other historic peoples led to the eventual rise of the Inkan Empire, which dominated the region for a hundred years.

As you play Rise of the Inkas, you must twice decline your early tribes to make way for a new tribe's era. You remove all your constructed roads from the board and cover your settlements with thickets to denote that these may no longer be developed. But your game doesn't end there. When your tribe goes into decline, you place a new settlement on an available board space and continue the game using this new settlement.

Your tribe's settlements in decline can no longer develop into cities, and you cannot build roads from them. They may even be replaced by your opponents' tribes! However, as long as they remain on the board, your previous culture's settlements and cities continue to provide you with resources. Once you establish your third tribe, you are in the end game. You win by being the first to fully develop this tribe and usher in the rise of the Inkan Empire.

The strategic choices you face in CATAN are even more nuanced in Rise of the Inkas. As you approach the pinnacle of a tribe's development, your opponents look for ways to take advantage of your settlements in decline and try to take the best locations for their own! Deciding when to advance your tribe is something that you must carefully consider, for simply rushing to advance can put you in a compromised position as the resources you relied on can be claimed by your opponents.

Many familiar CATAN rules are slightly altered to create a fresh CATAN experience. These include the Longest Trade Road and Mightiest Combat Arts. These objectives no longer grant simple victory points but instead offer a gameplay advantage. Each player may trade with the supply at a standard rate of 3:1. Additional commodities produced by the sea and jungle areas allow for additional access to needed resources via a set-collection trade method that is new to CATAN.

Interview with Klaus and Benjamin Teuber

In CATAN – Rise of the Inkas you introduce the players to the fascinating world of the Andes. The game features an innovative “displacement mechanism” that provides the players with entirely new options. Did you first develop the theme or the game mechanics?

Klaus: As in most of our games, what initially captivated us was the theme – in this case, a historic one. Before the arrival of the Spaniards, for centuries the Andes were home to a great number of indigenous tribes, which developed into advanced civilizations, declined, and were displaced by new, flourishing tribes. The Inkas were the last in this long line of successive, advanced indigenous civilizations.

Benjamin: Displacement as a feature of the game mechanics derives directly from this history. In the game, each player successively takes charge of three tribes. Once you have led a tribe to its apex, you put it into decline and take charge of a new tribe. You mark the game pieces belonging to tribes in decline with thicket pieces. Declined tribes still provide their owners with resources but may be built over with settlements of new tribes. You win if you are the first player to lead your third tribe to its apex. In the historic context, the winner is the one who has caused the rise of the Inkas.

Where do you get the inspirations for new CATAN games from?

Klaus: We both like to take an exciting story and bring it to life in a game. The inspiration for developing a new CATAN game mostly comes from historical events, as with Rise of the Inkas, and sometimes from fictitious settings, as with Starfarers, or from a novel, as with A Game of Thrones – CATAN.

Benjamin: Last year, we started to develop the story of Catan further by means of new games. In the anniversary edition Legend of the Sea Robbers we described how the sea robbers came to Catan and made life difficult for the Catanians. On the occasion of the 20th anniversary of Cities & Knights, we are currently working on a legend that centers around the Catanians’ struggle against a powerful barbarian army wanting to conquer Catan. As far as the level of sophistication is concerned, it will probably be the most complex CATAN game we have ever developed. Afterwards, we want to create a game that tells the story of how the settlers fled their homeland and came to Catan.

In your opinion, what makes CATAN – Rise of the Inkas particularly attractive?

Klaus: In the past, we have often received war scenarios such as Tanks & Conquest. Conquest and war definitely don’t harmonize with CATAN, which is why we have always rejected proposals of that kind. In the CATAN games, you build things – you don’t destroy them.

Benjamin: The “displacement mechanism” is clearly the new element in Rise of the Inkas. Displacement sounds like aggression. Initially, we had asked ourselves whether it harmonizes with CATAN. But, as already described, “displacement” means that the game pieces – that is, the settlements or cities of a declined tribe – can be built over with the settlements of an active tribe and, therefore, are removed from the game board. After your tribe has declined, you immediately found a new, active tribe at a different location and let that tribe spread out and build over the declined settlements and cities of your opponents. Although displacement allows you to slightly weaken a player in the lead, it is not possible to completely thwart that player’s chance to win the game.

Klaus: The “displacement mechanism” allows for an exciting “seesaw” that adds many new tactical and strategic deliberations to the CATAN game. We find this very appealing.

The classic returns! Finally, a jump to the stars has succeeded! It is the middle of the 3rd millennium. You and your fellow Catanians travel in spaceships to distant planetary systems in search of more resources.
Image

A Game of Thrones - CATAN

The 19th Century has arrived and America is expanding west. Wagon trains filled with settlers seeking new lives and opportunities strike out to tame the wild land of the west.
Image

Get together with friends or family. Learn to play in about 15 minutes. Then enjoy countless hours of fast-paced fun!
Image 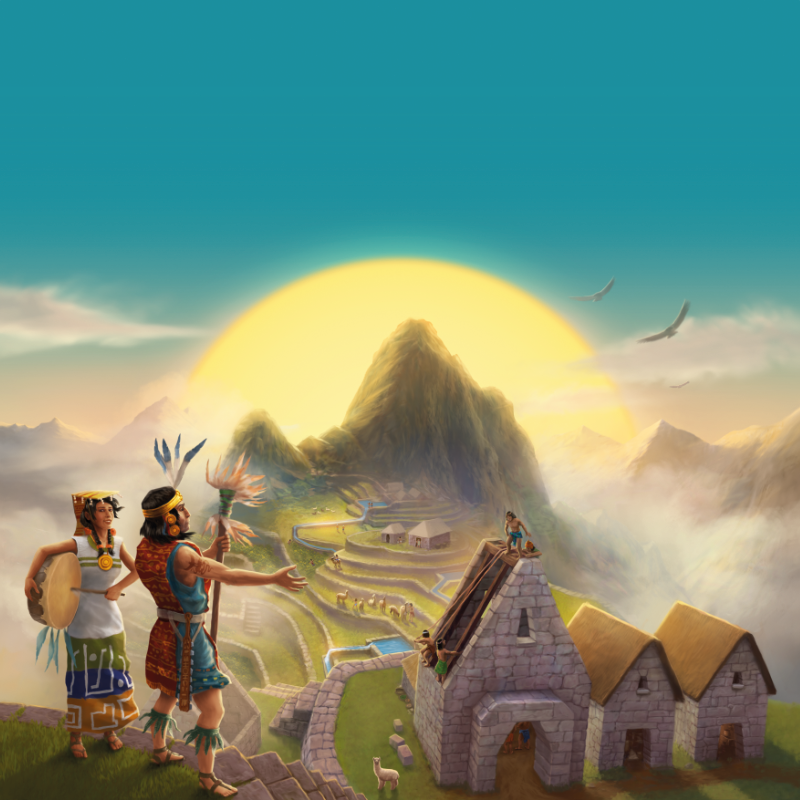