The scenario Big Game, Big Honor was developed for the CATAN - Big Game event, a major event where any number of players play CATAN together.

You need the CATAN base game to play this scenario!

In the scenario Big Game, Big Honor, the players send their settlers to the fictitious big event CATAN - Big Game. If they pay 1 wool or 1 grain, they may place one of their settlers at the Big Game table. If the number obtained when rolling for production corresponds to a settler, the owner of that settler receives laurel tokens. The more laurel tokens a player earns, the bigger are the advantages available to him. You can find the rules for this scenario in the download area of this subpage.

In theory, an endless number of players can play CATAN simultaneously at tables of infinite length. When the moderator of the Big Game rolls the dice, the result applies to all players. After each dice roll, the players trade with their respective neighbors and do their best to settle Catan. The first player to reach 25 victory points wins the game. The first Big Game ever took place in Chemnitz, Germany, where over 800 enthusiastic people jointly settled Catan on a several hundred meters long game board. In 2013, at Gen Con in Indianapolis (USA), 922 people simultaneously played Catan, thereby establishing a Guinness world record!
Then as now, it isn't so much about winning, though. Have you ever been in a hall where almost 1,000 people simultaneously get upset when a "7" is rolled? If not, you should experience it together with perhaps over 1,000 people at the upcoming SPIEL in Essen, Germany, on October 10, 2015.

The Big Game, Big Honor scenario is available exclusively to all participants of the Big Game and the official CATAN tournaments. It is not for sale.

Downloads to the game

How do you play CATAN when you have a whole hall full of hundreds of CATAN fans? Either in many small individual games or with the CATAN - Big Game.

In the Big Game, any number of players play together on an elongated game board specially developed for this scenario. The moderator's roll of the dice decides the resource income for all players each round, and then trading, trading and building takes place until one player has 25 victory points.

The CATAN - Big Game offers such a unique experience in a great atmosphere. 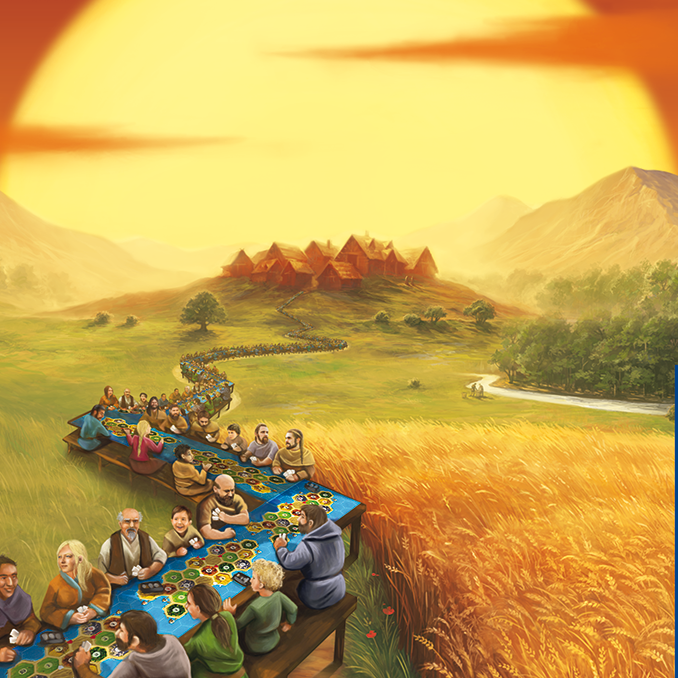